Oligarchy is a form of power structure in which power effectively rests with a small number of people. These people might be distinguished by royalty, wealth, family ties, education, corporate, religious or military control. Such states are often controlled by a few prominent families who typically pass their influence from one generation to the next, but inheritance is not a necessary condition for the application of this term.

Oligarchy is a form of power structure in which power effectively rests with a small number of people.

Oligarchy in the US

Some contemporary authors have characterized current conditions in the United States as oligarchic in nature. Simon Johnson wrote that “the reemergence of an American financial oligarchy is quite recent,” a structure which he delineated as being the “most advanced” in the world.

Some academic researchers have written that the US political system risks drifting towards a form of oligarchy, through the influence of corporations, the wealthy, and other special interest groups.

Jeffrey A. Winters wrote that “oligarchy and democracy operate within a single system, and American politics is a daily display of their interplay.” Bernie Sanders, opined in a 2010 The Nation article that an “upper-crust of extremely wealthy families are hell-bent on destroying the democratic vision of a strong middle-class … In its place they are determined to create an oligarchy in which a small number of families control the economic and political life of our country.” The top 1% in 2007 had a larger share of total income than at any time since 1928. In 2011, according to PolitiFact and others, the top 400 wealthiest Americans “have more wealth than half of all Americans combined.

French economist Thomas Piketty states in his 2013 book, Capital in the Twenty-First Century, that “the risk of a drift towards oligarchy is real and gives little reason for optimism about where the United States is headed.”

A study conducted by political scientists Martin Gilens of Princeton University, and Benjamin Page of Northwestern University, was released in April 2014, which stated that their “analyses suggest that majorities of the American public actually have little influence over the policies our government adopts.” It also suggested that “Americans do enjoy many features central to democratic governance, such as regular elections, freedom of speech and association, and a widespread (if still contested) franchise.” Gilens and Page do not characterize the US as an “oligarchy” per se; however, they do apply the concept of “civil oligarchy” as used by Jeffrey Winters with respect to the US. Winters has posited a comparative theory of “oligarchy” in which the wealthiest citizens – even in a “civil oligarchy” like the United States – dominate policy concerning crucial issues of wealth- and income-protection.

In a 2015 interview, former President Jimmy Carter stated that the United States is now “an oligarchy with unlimited political bribery,” due to the Citizens United ruling, which effectively removed limits on donations to political candidates.

“An imbalance between rich and poor is the oldest and most fatal ailment of all republics.”

Economists Jared Bernstein and Paul Krugman have attacked the concentration of income as variously “unsustainable” and “incompatible” with real democracy.

Some academic researchers have written that the US political system risks drifting towards a form of oligarchy, through the influence of corporations, the wealthy, and other special interest groups.

Rising income inequality has been linked to the political polarization in Washington DC. According to a 2013 study published in the Political Research Quarterly, elected officials tend to be more responsive to the upper income bracket and ignore lower income groups.

Paul Krugman wrote in November 2014 that: “The basic story of political polarization over the past few decades is that, as a wealthy minority has pulled away economically from the rest of the country, it has pulled one major party along with it…Any policy that benefits lower- and middle-income Americans at the expense of the elite — like health reform, which guarantees insurance to all and pays for that guarantee in part with taxes on higher incomes — will face bitter Republican opposition.” He used environmental protection as another example, which was not a partisan issue in the 1990s but has since become one.

As income inequality has increased, the degree of House of Representatives polarization measured by voting record has also increased. Professors McCarty, Pool and Rosenthal wrote in 2007 that polarization and income inequality fell in tandem from 1913 to 1957 and rose together dramatically from 1977 on. They show that Republicans have moved politically to the right, away from redistributive policies that would reduce income inequality. Polarization thus creates a feedback loop, worsening inequality.

Class System: Historically, discussions of income inequality and capital vs. labor debates have sometimes included the language of class warfare, from President Theodore Roosevelt (referring to the leaders of big corporations as “malefactors of great wealth”), to President Franklin Roosevelt (“economic royalists…are unanimous in their hate for me–and I welcome their hatred”), to more the recent “1% versus the 99%” issue and the question of which political party better represents the interests of the middle class.

Investor Warren Buffett said in 2006 that: “There’s class warfare, all right, but it’s my class, the rich class, that’s making war, and we’re winning.” He advocated much higher taxes on the wealthiest Americans, who pay lower effective tax rates than many middle-class persons.

Two journalists concerned about social separation in the US are economist Robert Frank, who notes that: “Today’s rich had formed their own virtual country .. [T]hey had built a self-contained world unto themselves, complete with their own health-care system (concierge doctors), travel network (Net jets, destination clubs), separate economy…The rich weren’t just getting richer; they were becoming financial foreigners, creating their own country within a country, their own society within a society, and their economy within an economy.

George Packer wrote that “Inequality hardens society into a class system … Inequality divides us from one another in schools, in neighborhoods, at work, on airplanes, in hospitals, in what we eat, in the condition of our bodies, in what we think, in our children’s futures, in how we die. Inequality makes it harder to imagine the lives of others.

Political change: Loss of income by the middle class relative to the top-earning 1% and 0.1% is both a cause and effect of political change, according to journalist Hedrick Smith.

From 1998 through 2010 business interests and trade groups spent $28.6 billion on lobbying compared with $492 million for labor, nearly a 60-to-1 business advantage. 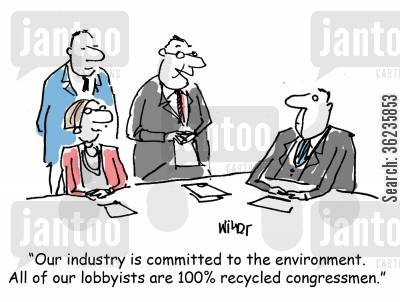 The result, according to Smith, is a political landscape dominated in the 1990s and 2000s by business groups, specifically “political insiders” – former members of Congress and government officials with an inside track – working for “Wall Street banks, the oil, defense, and pharmaceutical industries; and business trade associations.”

“We haven’t achieved the minimalist state that libertarians advocate. What we’ve achieved is a state too constrained to provide the public goods—investments in infrastructure, technology, and education—that would make for a vibrant economy and too weak to engage in the redistribution that is needed to create a fair society. But we have a state that is still large enough and distorted enough that it can provide a bounty of gifts to the wealthy.”

Top-earning families, wealthy enough to buy their own education, medical care, personal security, and parks, have little interest in helping pay for such things for the rest of society, and the political influence to make sure they don’t have to.

Economist Joseph Stieglitz argues that hyper-inequality may explain political questions – such as why America’s infrastructure (and other public investments) are deteriorating, or the country’s recent relative lack of reluctance to engage in military conflicts such as the 2003 invasion of Iraq. Top-earning families, wealthy enough to buy their own education, medical care, personal security, and parks, have little interest in helping pay for such things for the rest of society, and the political influence to make sure they don’t have to. So too, the lack of personal or family sacrifice involved for top earners in the military intervention of their country – their children being few and far between in the relatively low-paying all-volunteer military – may mean more willingness by influential wealthy to see its government wage war.